To Set Them in Order 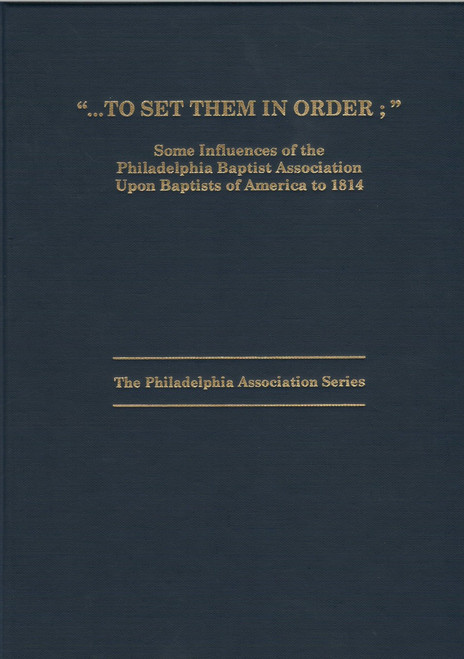 To Set Them in Order

To Set Them In Order; Some Influences of the Philadelphia Baptist Association Upon Baptists in America to 1814

In this book, Dr. Clark examines some of the more enduring influences of this association on Baptist development in America from the time of its formation in 1707 until the formation of the General Missionary (or Triennial) Convention in 1814.

This investigation is important because of the role played by the Philadelphia Association in the history of the Baptists of this country.  This was the first Baptist association organized in the New World and it remained the only body of its kind in the colonies for forty-four years.   During this period the Baptists in all parts of the country looked to it for advice and assistance.  It, therefore, became the model for the other early associations and retained this distinction long after those associations began to appear in the colonies. --Dr. James Clark

This volume includes a facsimile copy of the earliest exact printing of the Philadelphia Confession of Faith, as formally adopted in 1742, and printed by Benjamin Franklin in 1743.