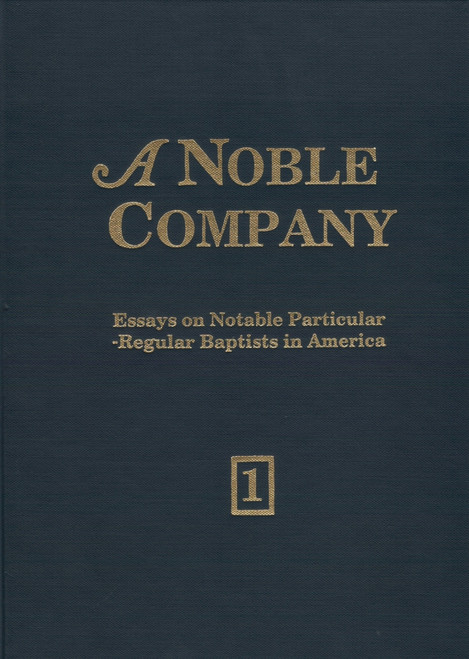 Volume One of this companion set to the British Particular Baptists is now available, and like that ground-breaking work, seeks for the first time to bring together in collective format the lives of both well-known figures such as John Clarke and Obadiah Holmes and lesser-known but significant persons such as John Cooke (who came over as a boy on the Mayflower) and Thomas Goold, who was three times imprisoned for his Baptist convictions, but went on to establish the first Baptist church in the Massachusetts Bay Colony.  Drawing on the expertise of a number of writers, many of these informative and interesting essays will represent the first biographies ever attempted on many of these men and women of faith.

Volume One includes essays on the following persons:

Antipedobaptists who impacted the Baptist cause in seventeenth-century America:

This volume also contains seven valuable appendixes relating to these early Baptists forbears, including the first-time publication of a two-page letter by Pardon Tillinghast and Aaron Davis to Obadiah Holmes in 1681, concerning the qualifications for church membership.  Hard bound in grade B Navy cloth vellum with gold stamping on the cover and spine.  Illustrated and indexed.  500 pages.

A couple reviews we received:

I currently work in the Fuller Seminary Library . . .Several years back, as I was engaging in doctoral coursework, I consulted the chapters on Ellis, Elisha and John Callender (Vols. 1-2) and they aroused in me a deeper interest in the topic, leading to my dissertation. All that to say, this series has been invaluable for students of Baptist history, in that the different chapters definitely whet the appetite for those interested in deeper study.