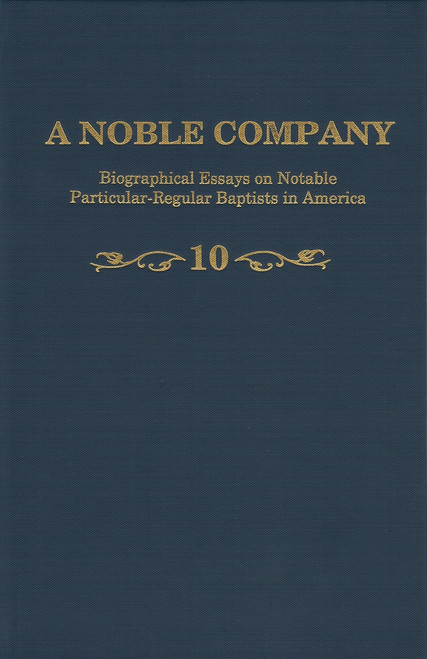 Volume 10 contains essays on twenty more remarkable men and women from the nineteenth century. These include some major figures like Richard Fuller of Baltimore, P. H. Mell of Georgia, pastor-historian A. D. Gillette of Philadelphia, prolific author on spirituality, Octavius Winslow, and influential writer of church polity manuals, Edward T. Hiscox, together with lesser-known individuals such as the missionary to Burma, George Dana Boardman, missionaries to the Indians, Moses and Eliza Merrill, seminary professors John S. Maginnis and H. B. Hackett. An appendix on J. G. Oncken, “the father of Continental European Baptists,” who had strong ties to America, rounds out this selection. 686 pages. Illustrated with more rare portraits and other pictures. Three extensive indexes - Persons, Subjects and Churches. Bound in Navy cloth vellum with gold stamping.

There are four appendixes:

A. Johann G. Oncken (1800-1884) his ties with the Regular Baptists in America and his role in the expansion of the Baptists in continental Europe, by Lloyd A. Harsch

D. A Note on Florida Baptists and the Doctrines of Grace