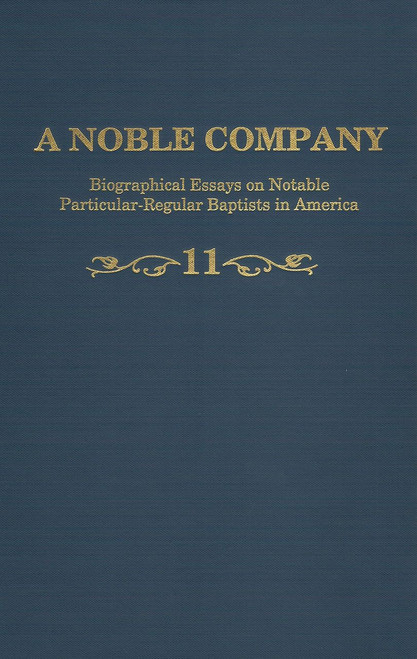 Appendix A: A list of seventeenth through nineteenth century Baptist statements on the inerrancy / infallibility of the Bible

Appendix B: Becoming slaves for the sake of the Gospel: the story of James Burrows, Samuel Bivins, and John Bivins

Appendix D: The Covenant and Articles of Faith of the West Union Baptist Church, Oregon Territory, May 1844, the first Baptist church formed west of the Rocky Mountains

Appendix F: “So have Baptists borne, and deserve to bear, the name of Calvinists,” by George D. B. Pepper (1876)

Appendix H: A brief review of the controversy over the doctrine of election within the G.A.R.B.C., 1974-1975, by Terry Wolever

Appendix: I: Immortality, by Cleve Brantley (1963)

Appendix K: For Whom Did Christ Die? by John Owen