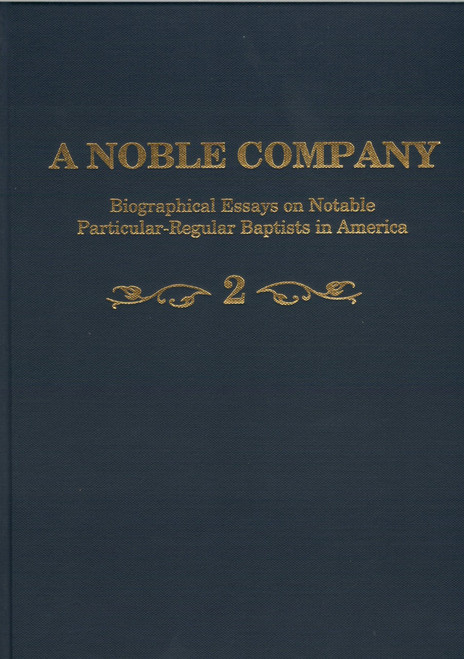 Volume Two of this series continues to bring back to remembrance the lives of still more early Baptist worthies, again arranged in chronological order by their dates of birth.  Learn more about these sturdy Baptist pioneers in America, and you’ll come away with a greater appreciation of their gospel witness and contribution to our great heritage of religious freedom in this country.  The subjects covered in this volume are:

Antipedobaptists on Long Island: the influence of Lady Deborah Moody by Terry Wolever

John Hart (1713?-1779), of Hopewell, N.J.:  Signer of the Declaration of Independence and friend to the Baptists by Samuel K. Tullock

Hardbound in grade B Navy cloth vellum.  Illustrated with several unique portraits and including a full Index of Persons, Subjects, and Churches.  581 pages.

A review we received:

I currently work in the Fuller Seminary Library . . .Several years back, as I was engaging in doctoral coursework, I consulted the chapters on Ellis, Elisha and John Callender (Vols. 1-2) and they aroused in me a deeper interest in the topic, leading to my dissertation. All that to say, this series has been invaluable for students of Baptist history, in that the different chapters definitely whet the appetite for those interested in deeper study.