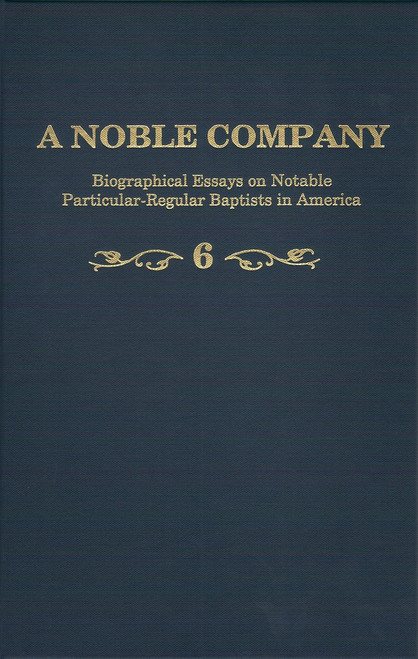 This volume marks the halfway point in our projected twelve-volume series on the Calvinistic Baptists in North America, the first 11 volumes of which will focus on the Americans (including those who did pioneering work north of the border in Canada), while the 12th volume will deal exclusively with the Canadians. We are grateful to the Lord for bringing us to this place in our series and we are relying on His grace to complete this effort. Volume 6 has essays on twenty more men and women, all of whom lived between the mid-eighteenth century and the opening decades of the nineteenth century. Once again there will be some familiar names—Isaac Case, Stephen Gano, Daniel Merrill, Elisha Andrews, and Robert B. Semple, but far more of the “unknowns” which readers have come to appreciate in these volumes, such as Elisha Scott Williams and Abigail L. Williams, Joseph Willis, Sarah Hallet, Obed Warren, John Peak, Joseph Keen, Lemuel Covell, Otis Robinson, Charles Lahatt, Peter P. Roots, Henry Smalley, John Williams, Edward Barber, and Thomas B. Montanye.

Subjects in this volume are:

Concluding the book are two appendixes:

B. Did Henry Holcombe depart from the accepted Regular Baptist understanding on the doctrine of saving faith?