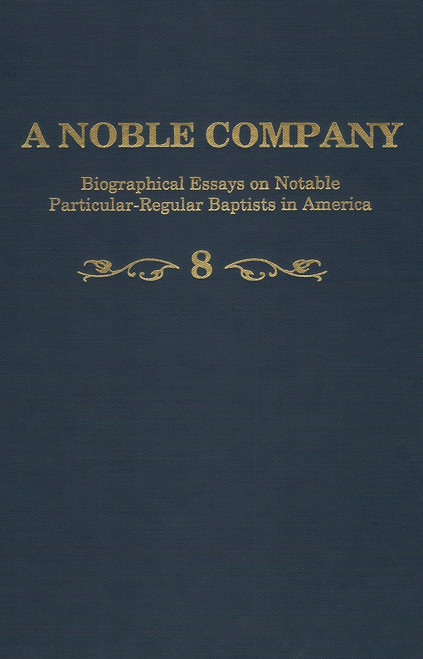 Volume 8 contains essays on twenty more men and women from the early to mid-nineteenth century, a period known for its great missionary outreach.  Hardcover. Bound in Navy cloth vellum with gold stamping. 702 pages. Illustrated with some rare portraits and other pictures. Three extensive indexes - Persons, Subjects and Churches.

There are seven appendixes:

A. Covenant, Articles of Faith, and Rules of Discipline of the First Baptist Church, Pawtucket, Rhode Island, 1805. David Benedict, pastor

B. Principles (or Articles of Faith) adopted at the constitution of the Maria Creek Baptist Church, Indiana Territory, May 20, 1809

Lastly, this volume includes a listing of the individual essays and contributing writers in A Noble Company, Volumes 1-7

**We have a limited supply of an audio recording of Terry Wolever's presentation of "Isaac McCoy and the Founding of the First Baptist Church in Oklahoma." The CD is free for the asking with any order. Please put in the "Comments" section that you would like to receive a copy of the CD when you place an order for any Press book.