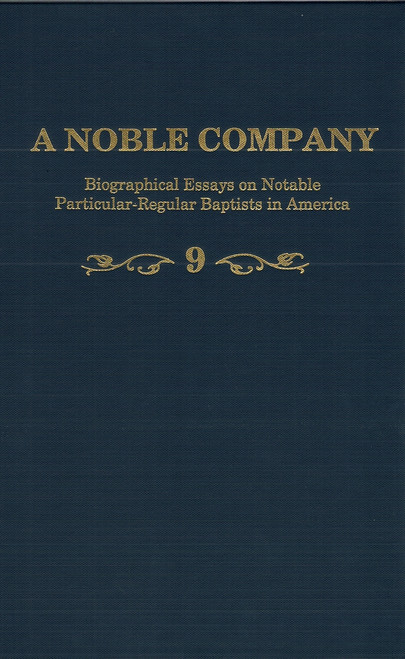 Volume 9 contains essays on twenty-two more men and women from the early to mid-nineteenth century. Hardcover. Bound in Navy cloth vellum with gold stamping. 674 pages. Illustrated with some rare portraits and other pictures. Three extensive indexes - Persons, Subjects and Churches.

There are six appendixes:

A. Church Rules, Discipline, and Covenant of the Salem Baptist Church, on Cole’s Creek, near Natchez, the first organized in the Mississippi Territory, 1791

B. The Doctrine of Election. Circular Letter of the Rensselaerville (N.Y.) Baptist Association, 1813, by John Mason Peck

C. Articles of Faith of the Baptist Church at Rock Spring, Illinois, organized in the hall of the Rock Spring Theological and High School by Thomas P. Green, Zadock Darrow and John Mason Peck, April 12, 1829

D. The Articles of Faith of the Eastern Louisiana Baptist Association, 1842

F. A needful reminder of the price of religious liberty

Lastly, this volume includes a listing of the individual essays and contributing writers in A Noble Company, Volumes 1-8