An Exposition of Deuteronomy 33 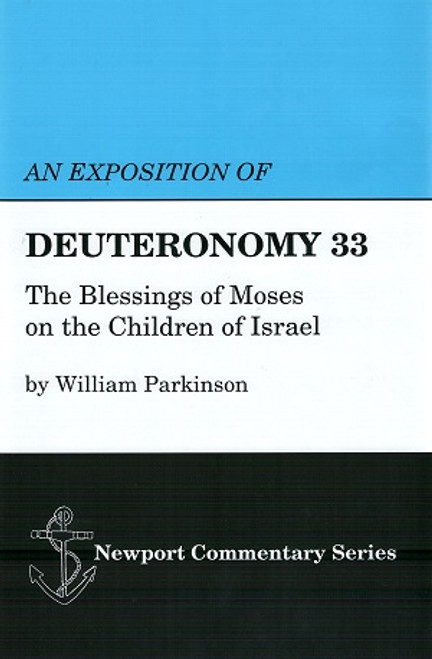 An Exposition of Deuteronomy 33

An Exposition of Deuteronomy 33:

The Blessings of Moses on the Children of Israel

As presented in a series of sermons

The author of this unique Exposition of Deuteronomy 33, was pastor of the First Baptist Church, New York, for over thirty-five years and it was there that the essence of these sermons was first presented, beginning in 1828. In these two volumes (originally published separately, but now combined into one volume), Parkinson not only expounds the text itself, which has to do with the blessings pronounced by Moses upon each of the tribes of Israel, but brings to bear other related subjects in the Word of God which will aid in illuminating one’s overall understanding of biblical things. Interesting topics, ranging from the salvation of those dying in infancy to a discussion of what constituted the Urim and Thummim, are capably dealt with along the way.

The exposition is presented as it should be―both literal and typical. Moses is herein portrayed as a type of Christ, who bestows blessings and appropriate admonitions upon His people for their good and His glory. Parkinson’s expressed desire was that these sermons “in the hand of the Holy Spirit,” might “be instrumental, in comforting believers―in awakening sinners―and in directing inquiring souls to Christ.”

First published in 1831 and 1839, our facsimile reprint includes a new nine-page biographical introduction and four illustrations (including two different portraits of Parkinson). We have corrected the original “errata” listed at the back of these books, as well as other typographical errors we discovered while cleaning up the pages for publication. This instructive and long awaited volume is the latest to appear in our Newport Commentary Series. 1134 pages, including a very helpful topical index. Clothbound hard-cover.

“It was, I believe, conceded by all who knew [William Parkinson], that his intellectual powers were quite extraordinary. As a scholar, too, particularly in the department of Biblical learning, he was probably unsurpassed by any in his denomination in that day. He studied the Scriptures, in their original languages, most closely and critically, and the results of his learning were manifest, both in his conversation and his public discourses. . . .He was, during a part of his ministry at least, one of the most popular preachers which New York, or perhaps I might say any other of our cities, has ever had in it. No church could contain the number which, at some periods, would throng to hear him; and hence he sometimes preached to a congregation of some thousands assembled in the Park. . . .The tone of his preaching was strikingly evangelical, and whatever might be the exterior of his subject, he was sure to find Christ in it before he had finished. . . .Mr. Parkinson had the reputation of being a man of sound judgment and great practical wisdom, and for many years he exerted a commanding influence in his denomination.” ―B. T. Welch (1794-1871), pastor of the Pierpont Baptist Church, Brooklyn.