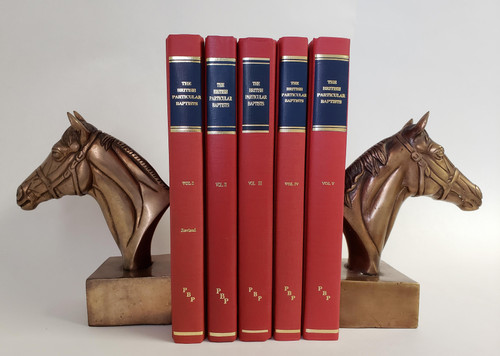 340 pages, including the index for volumes two through three.  Illustrated.

"I truly appreciate the works that you are publishing.  I absolutely love the 3-Volume set on the British Particular Baptists and the Works of Abraham Booth.    I also have the commentary on John and the one on 1 John.  We started a series on Psalms awhile ago and I bought the 2-volume commentary set for my pastor.  He quotes from them often. Thanks, Chris"