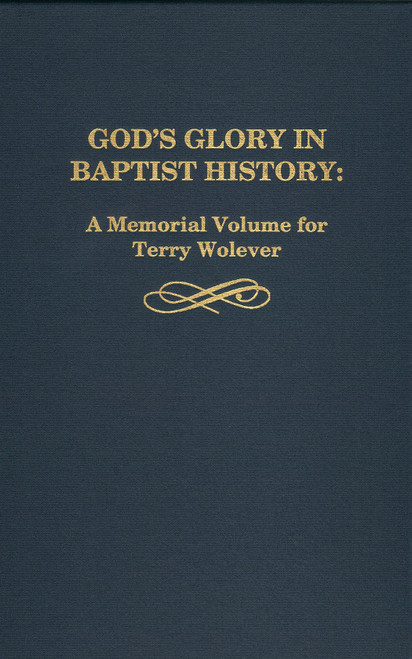 Edited by Michael A. G. Haykin

"Terry Lee Wolever was: A Christian. A Calvinist. A servant of the Lord and his local church. A reputable scholar. A notable Baptist historian. A good teacher. A good conversationalist. A good friend. A fan of root beer floats. Thoughtful. Articulate. And a genuinely friendly and funny guy." --an excerpt from the biographical sketch of Terry Wolever. This volume was written to honor his legacy, but ultimately, as Terry would certainly have it, was written to honor and glorify His Lord.

John Clarke and the Rhode Island Charter, by Andre A. Gazal

Thomas Davis and the Evangelical Revival at Reading, by Michael A. G. Haykin

The Portrait of a Courageous Entrepreneur in an Era of Ambiguity and Peril (Samuel Miles, ca.1740-1805), by Robert Edward Johnson

The Life and Ministry of R. B. C. Howell, by Thomas J. Nettles

John A. Broadus and Slavery, by Roger D. Duke

Developing a Ministerial Profile From a Biographical Compendium, by Anthony L. Chute

Baptists and Freemasonry: A Conflicted History, by Jeffrey P. Straub

Appendix A: Aids to Baptist Historical Research in North America, by Terry Wolever

Appendix B: Conveying a Sense of God's Greatness: Joseph Kinghorn and the Impress of Christian Piety, by Terry Wolever

Appendix C: Bibliography of the Published Works of Terry Wolever

Navy cloth hardcover with gold stamping on the cover and spine. Includes an Index of Persons, an Index of Subjects, and an Index of Churches. xviii, 300 pages. Illustrated. Acid-free paper.