The Autobiography of Isaac McCoy 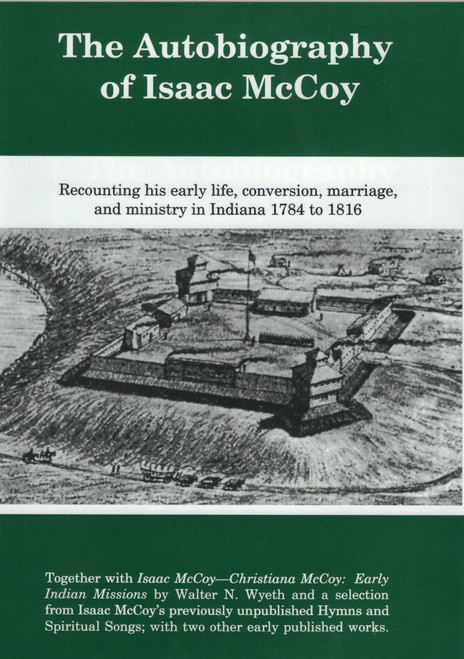 The Autobiography of Isaac McCoy

The Autobiography of Isaac McCoy.

Recounting his early life, conversion, marriage, and ministry in Indiana 1784-1816.

This volume includes the previously unpublished autobiography of Isaac McCoy, the first reprint of his Observations in Vindication of the Doctrine of the Final Perseverance of the Saints (1811), and a collection from his unpublished "Hymns and Spiritual Songs" (1812), all of which fall within the years 1784-1816 preceding the calling of the McCoys as missionaries to the Indians.  Therefore this volume may be seen as a prequel and companion to our reprint of A History of Baptist Indian Missions (1840) by Isaac McCoy, which covers the period 1817-1840.

We have also included in this volume the second edition of his Remarks on the Practicability of Indian Reform (1829), a very significant work in its day, and his Address to the Philanthropists of the United States (1832).

And as a concise overview of the work of the McCoys and their associates, we have reprinted here for the first time W. N. Wyeth's narrative of their labors, first published in 1895.