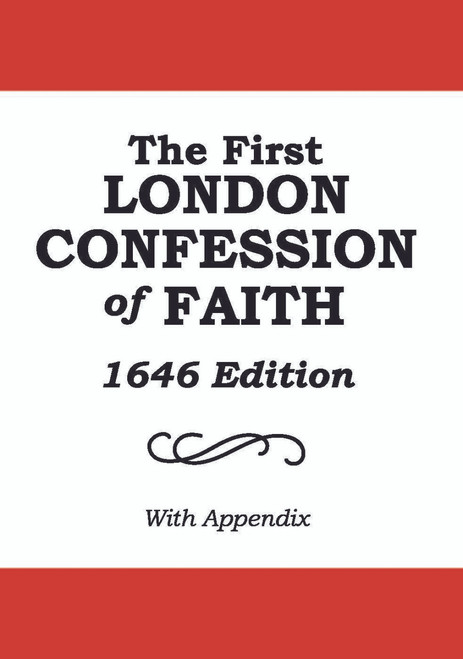 The First London Confession of Faith, 1646 Edition. With an Appendix by Benjamin Cox.

William L. Lumpkin in his Baptist Confessions of Faith stated that “Perhaps no Confession of Faith has had so formative an influence on Baptist life as this one.” We also believe its historical importance is second only to its Christ-centeredness.

Some of the new features are a Historical Introduction by Michael A. G. Haykin, a facsimile copy of the original title page of the 1646 edition, and some additions to make the confession easier to use, including 1) giving each article in the confession an appropriate title, as suggested by other period confessions; 2) placing at the end of each article in the confession, after the scripture references, any corresponding reference to the appendix in bold print; 3) retaining unabridged the original wording, though with modern spelling, and any additions noted in brackets; 4) consistently capitalizing references to the Godhead; 5) making some slight additions to the punctuation for clarity; and 6) including a table of Contents.

This booklet would be ideal for individual or group study or for a wider distribution. Paperback, 44 pages.

Here is a review from Christian Bookshop Ossett, that was posted on their blog in September 2017: 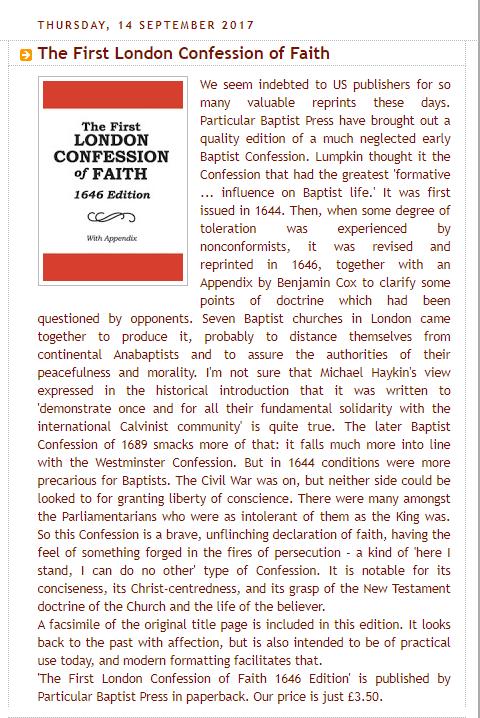