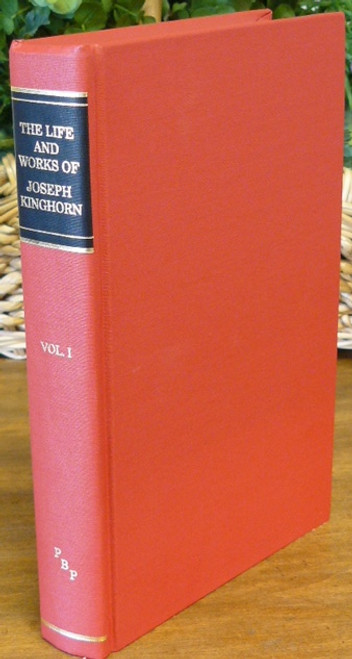 A widely known and well-respected figure in his own day, Kinghorn has been all but forgotten and usually overlooked by most of the literature dealing with Baptist history and thought, though he was for years in the forefront of the doctrinal controversies of the early nineteenth century.  His life and influence are inseparable from the history of the Particular Baptists in England.

This instructive and edifying volume contains a reprint of Martin Hood Wilkin's Joseph Kinghorn of Norwich:  A Memoir (1855) and the two sermons preached by Kinghorn's fellow ministers on the occasion of his death in 1832.  The profitable exchange of letters between Joseph Kinghorn and his pastor-father David Kinghorn constitute perhaps the most valuable legacy of this work.

Kinghorn was an early supporter of William Carey and the modern missions movement, as well as a notable scholar. His ability in the Word was much in demand by his peers and much respected by those with whom he differed. He was considered second only to John Gill in his rabbinical learning and was one of the godliest of pastors.

To read an excerpt from the book review on the 3-volume Kinghorn set by Michael A. G. Haykin of The Southern Baptist Theological Seminary, click here.