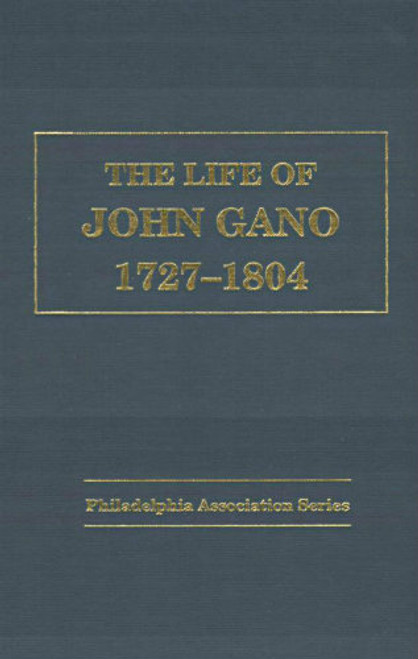 Pastor-Evangelist of the Philadelphia Association.

In this new and greatly expanded volume, incorporating a completely revised and corrected edition of the author's 1998 book, The Life and Ministry of John Gano, 1727-1804, the story of this leading evangelical figure of the eighteenth century is related in greater depth, utilizing a number of previously untapped sources.

This large volume presents in detail Gano's ancestry, early life, conversion experience and subsequent ministry at Morristown, New Jersey, the Jersey Settlement in North Carolina, Philadelphia, New York, his chaplaincy with the Continental Army during the Revolutionary War and his final years of ministry in Kentucky.

Twelve appendixes cover information on John Gano's children, sermons, land deeds, diary and expense account for 1773-1774 and will, as well as a 30-page discussion on the strengths and weaknesses of the Gano family evidence on the baptism of General George Washington during the Revolutionary War, as presented by descendants and L. C. Barnes in a controversial 1926 paper.

704 pages, including over 35 illustrations (three in color), four maps and extensive indexes of persons, subjects and churches.

"I heard him with great avidity and satisfaction. He appeared to me to preach the gospel in its native simplicity, with honest intention to promote the glory of God and the good of men. He preached in the neighbourhood a second and a third time, and still in the same spirit. To me he appeared as one of the ancient Puritans risen from the dead."

Then additional comments from the same person later.....  "I actually did not praise the Gano book enough. It really was excellent - an extremely high quality biography. Top notch."

Another comment received:  Sirs, I have read and re-read your "Life of John Gano." Thank you for your great work in this and other publications. David O.