The Works of Abraham Booth-Volume 1 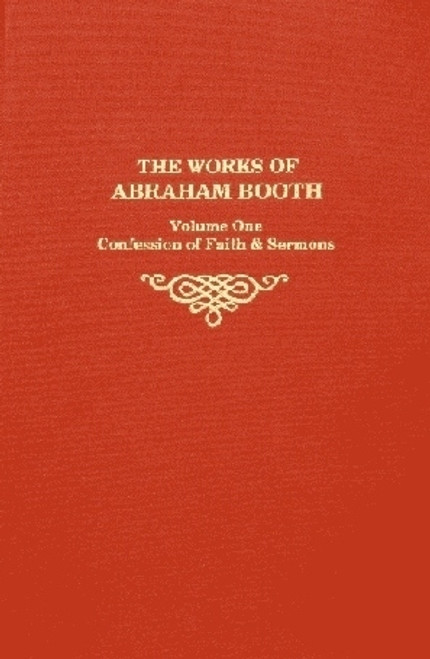 The Works of Abraham Booth-Volume 1

The Works of Abraham Booth - Volume 1

Edited by Michael A. G. Haykin

“Abraham Booth (1734-1806) was a leading Baptist theologian of his day, one of the most widely read Baptist authors of his era, the prime mover in beginning the theological college that would become Regent’s Park College, Oxford, and the first London Baptist pastor to offer active support of the fledgling Baptist Missionary Society.  Yet, curiously, not since the early nineteenth century has the set of works by Abraham Booth been in print.  The standard edition at that time, and down to the present day, was The Works of Abraham Booth (London: W. Button & Sons, 1813), which was issued in 3 volumes.  The entirety of this three-volume set is now being re-printed in this set of volumes by Particular Baptist Press.  This first volume contains Booth’s sermons from this three-volume set, all of them from Volume 3 of that set.  It also contains sermons found in various issues of The Baptist Magazine and Booth’s confession of faith given at the time of his ordination on February 16, 1769." - from the Editor’s Introduction.

Three more volumes of Booth’s works would be produced. Volume Two will contain Booth’s earliest theological works, published between 1768 and 1777. Volume Three will contain Booth’s later theological works, including Glad Tidings to Perishing Sinners (1796) and Divine Justice Essential to the Divine Character (1804), which relate to debates between Booth and fellow Baptist Andrew Fuller (1754-1815) on the nature of saving faith and the nature of atonement. Additionally, Volume Three will contain some of Booth’s posthumous essays, as well as some select letters which have never been published. Finally, Volume Four will contain two of Booth’s key works on the church: namely, his treatise An Apology for the Baptists (1778), and his Essay on the Kingdom of Christ (1788). As these volumes are released in the coming years, it is our sincere hope that they will be a valuable resource to scholars, ministers, and laypeople alike.

Volume One is now available of this completely new multi-volume edition containing material not found in the nineteenth-century works of this major figure in Baptist history.   There is much in this volume to edify the people of God.  Quality bound in Grade B red cloth vellum with black spine label and gold stamping and acid free paper.  263 pages, fully indexed.  Includes a portrait of Booth.

Particular Baptist Press is honored to be able to make the works of Abraham Booth available again to the general public.

***Volume Two now in preparation, with an anticipated release date in 2023.